A mixed-use development is a combination of residential and non-residential buildings that are planned and developed within one area. They can range from one building to an entire neighbourhood and are usually developed to be responsive to a specific environment.

When planned and built properly, mixed-use developments can solve a variety of problems commonly faced by densely populated cities like Bristol, such as shortening commutes and decreasing reliance on cars. They also offer more affordable places to live, increased walkability between home and work, and stronger, more vibrant neighbourhoods.

There are several mixed-use developments currently taking shape in Bristol, but where are they and what will they bring to the city?

Nestled away in the heart of Bristol’s Old Town is Natwest Court, Broad Street. Comprising of 140,000 square feet, the complex is currently something of an eyesore, apart from the Art Nouveau building formerly known as Everards Printing Works, a Grade II* listed building that features a stunning tiled façade. Luckily, this part of the development will be retained and is planned to become the grand entrance for a new hotel, which will lead to an atrium with a feature staircase connecting it to hotel bedrooms and a conference centre. 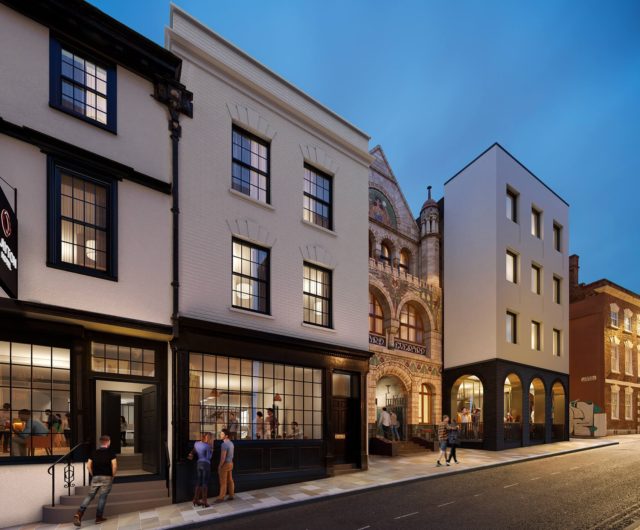 Alongside the hotel and conference facilities, the mixed-use development will see adjacent buildings regenerated for commercial and residential purposes, including a block of one-bedroom and studio flats, co-working space, and retail and food outlets, creating an increased amount of accommodation and employment opportunities within the city centre. Jaco Jansen, Chief Executive Officer of Artisan, the company developing the site, says: “We are delighted to have the opportunity to redevelop such a historic area that is currently under-utilised. Bristol is a unique city with a fantastic story to tell and we look forward to bringing this city back to life.” Work has already started on the development and is expected to be completed by November 2021.

South Bristol is set to get a much-needed boost of new housing as part of a mixed-use development that has been given the green light at Hengrove Park. The area, which was the site of Whitchurch Airport until 1957 when Bristol International Airport opened, is currently predominantly an area of open green space. The new development will feature a new college, a park, office and commercial space and 1,435 new homes, a third of which will be affordable.

The newly created park will have play facilities for children intended to make it comparable with other ‘destination parks’ in the Bristol area, such as Blaise Castle Estate and Ashton Court. 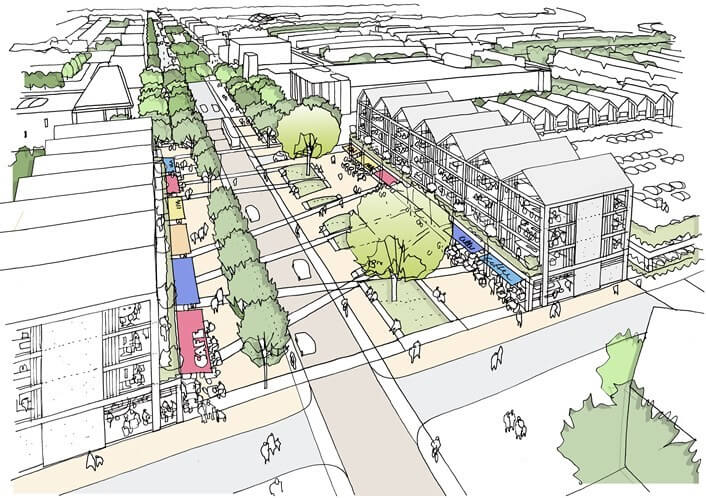 Mayor of Bristol Marvin Rees said: “This is a really exciting step towards building one of Bristol’s largest housing developments in decades. It demonstrates our commitment to addressing one of the city’s most pressing and urgent priorities – making sure enough affordable homes are being built. It is also enormously positive for existing residents and businesses in south Bristol, because as well as delivering well designed, high quality new housing with a mix of affordable and market sale homes, the development will include significant investment in the local community.”

London-based investors and developers Frontdoor Properties have bought the Filwood House site, off Filwood Road in Fishponds, and plan to turn it into a mixed-use development similar to the successful Paintworks site in Arnos Vale. Currently in a rather dilapidated state, Filwood Road is home to a mixture of occupied and redundant industrial units, with many parts of the site falling into disrepair.

The most significant building on the site is Filwood House, a 150,000 square foot building, constructed in the 1960s, and currently home to several small businesses on short term leases, including Barnardo’s, Leebruss baby shop and Insignia Garage, all of which may be offered new premises in the redevelopment. 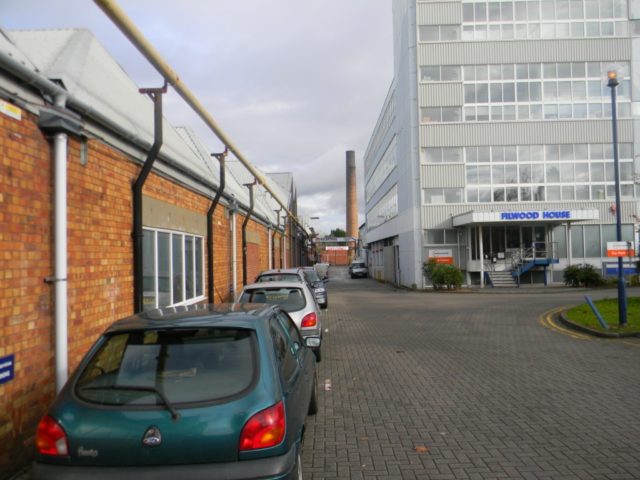 Frondoor Properties have instructed property consultants Alder King to submit a planning application for a mixed-use redevelopment of the site, which aims to preserve, if not increase, levels of employment. Alder King partner Chris Haworth said: “The intention is to retain and enhance employment provision on the site, while creating new housing, primarily through effective planning and design efficiency. The proposed new scheme would also deliver significant environmental enhancements, not just to the site but to the wider area.”

Another proposed project that hasn’t yet approved planning permission is for a mixed-use development on the site of Globe House, located off Pennywell Road in the Old Market area. Developer DPP Planning has submitted an application to create office space alongside 79 new homes made up of one and two-bed apartments. Part of the building would be demolished to create a new public realm and courtyard space, but the handsome 19th century red brick façade would be retained. The development would be largely car-free with a small number of spaces provided for disabled drivers and visitors, in keeping with Bristol’s vision to improve air quality.

Tom Wright, senior planner with DPP Planning said: “The design cleverly integrates the old with the new, and sensitively incorporates the character of the existing building, through the retention of the existing brick façade, but building upon this with the new development of an appropriate scale to ensure this important site lives its next chapter providing much-needed new homes to serve Bristol’s city centre.”

In a city as densely populated and desirable as Bristol, mixed-use planning developments can provide homes, offices and retail outlets within compact spaces that are in keeping with the character of the city. Providing places for people to live and work within easy reach of the city centre cuts the need to commute by car, taking pressure off the road network and decreasing pollution.

The mixed-use developments described above are bringing underused or derelict sites back into action, making great use of land that is scarce within Bristol and enabling more people to enjoy living in its vibrant communities.