Following on from the highly popular Gromit Unleashed trail last year, fans of the iconic Aardman creation will be excited to learn that the trail is making its way back to Bristol once again.

Gromit Unleashed 2 will see the return of lovable pooch Gromit, who will be bringing along his faithful, but often clueless human owner, Wallace. This year will also feature Gromit’s nemesis Feathers McGraw as a new addition for 2018’s trail. With over 60 sculptures of the characters confirmed to make an appearance, fans will be flocking to Bristol to catch a glimpse. 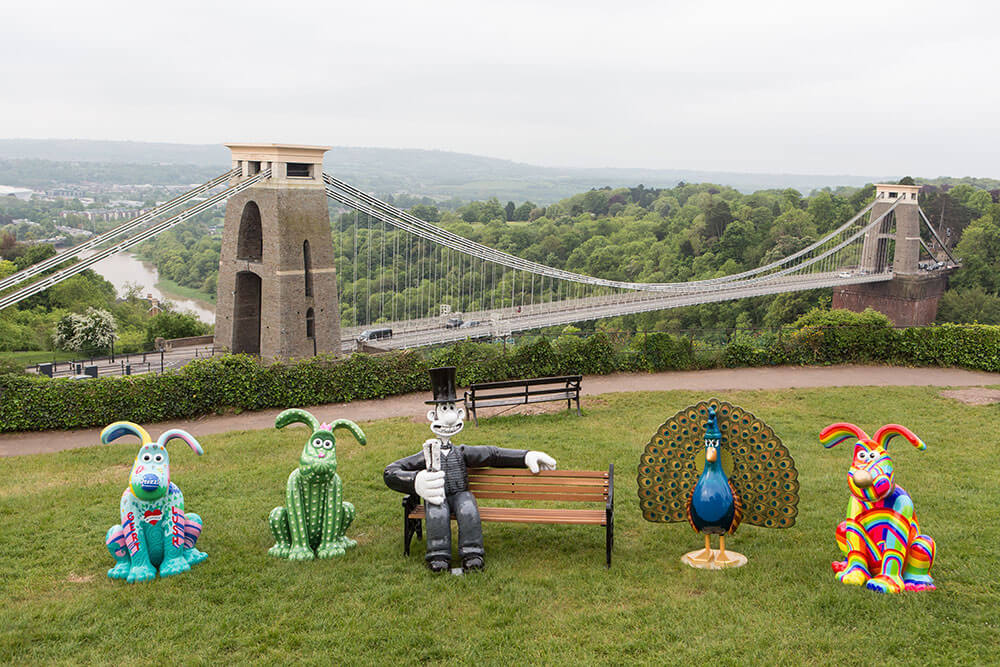 2013’s Gromit Unleashed trail began as a collaboration between Aardman Animations and Wallace and Gromit’s Grand Appeal, an initiative to raise money for sick children and their families in Bristol Children’s Hospital. Sculptures were placed in and around Bristol as part of a public arts trail, with the collection coming together to form an exhibition. Finally, the sculptures were auctioned off with the proceeds raising an impressive £2.3 million for Bristol Children’s Hospital.

In 2015, the trail returned, this time showcasing Aardman’s much loved Shaun the Sheep character. The trail began in London and made its way to Bristol, with funds raised in Bristol once again providing much-needed help for Bristol Children’s Hospital.

What happens on the Gromit Unleashed 2 trail?

Although there was an announcement back in February confirming the return of the trail this year, the organisers kept us waiting before unveiling which Aardman characters would be included. Now, with the return of Nick Park’s creation, fans are left wondering what else they can expect from the event.

Whilst past trails followed just the one character, 2018’s trail already offers more to its visitors with the inclusion of two more. Gromit is joined by his cheese-loving human owner Wallace and the sinister penguin Feathers McGraw, who fans will recognise as the duo’s arch enemy from the 1993 film The Wrong Trousers.

As before, each sculpture will be illustrated by different artists, with each having a distinctive theme or style. Past creations include Gromit Lightyear, Ship-Shape & Bristol Fashion, Vincent van Gromit and the wonderfully named Isambark Kingdog Brunel. You can find a complete list of all previous sculptures and what they were eventually auctioned off for on the Wallace and Grommit Trail Wikipedia page.

Members of the public are encouraged to download the app and follow the trail to see what wonderful variations of the characters they can find along the way. Locations can now also be found on the website.

What will I see?

Trailblazers have been busy creating not only some of the most vibrant sculptures in the city, but have also been working hard to make a trail that will be regarded as extra special. Just one of these extraordinary additions comes in the form of interactive sculptures which include moving eyes, wagging tails and flashing lights. Fans will get to meet Gromjet, Gromitronic and A Grand Gromplication along the trail.

Also included is The Brystal Maze, a Crystal Maze inspired Gromit sculpture which features heavy inspiration from the Medieval, Industrial, Aztec and Future zones of the television show maze.

Artists from around the globe have also been invited to create their own Gromit designs, a selection of which will be chosen to feature alongside work from Rolls Royce, The University of Bristol, Renishaw, Belle & Boo and Creditcall. Visitors can therefore expect a selection of unique, innovative sculptures that will make the trail a must see.

There are also plenty of surprises with trail organisers guaranteeing that 2018’s trail “will be like no other”.

Where and when can I see the sculptures?

This year’s trail will begin on Monday 2nd July and will run until Sunday 2nd September. Staying true to its Bristolian roots, the trail will showcase much of the city by the inclusion of over 60 locations.

All sculptures will be showcased within the boundaries of Thornbury to the north, Avon Valley Adventure and Wildlife Park to the East, Chew Valley to the South and Weston Super Mare to the West. Previous visitors to the trail will notice the return of Temple Meads, Clifton Suspension Bridge and The Mall at Cribbs Causeway, all of which featured in 2013’s Gromit Unleashed trail and the Shaun in the City trail from 2015.

Money raised from this years Gromit Unleashed 2 trail will go towards Bristol Children’s Hospital and to the Special Care Baby Unit at St Michael’s Hospital.

So with the event promising to be a fun adventure for all the family, why not make plans to go and visit what will certainly be an impressive collection of Wallace, Gromit and Feathers McGraw sculptures on the Gromit Unleashed 2 trail when it begins this summer.

Undoubtedly, the Wallace and Gromit Unleashed Trail 2 will be another fantastic event in Bristol this summer and one for all the family to look forward to.